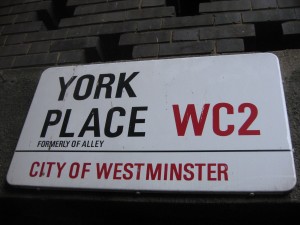 Finally I got to see Avatar this week. As some of you know, I have a cinema phobia in that the only acceptable behaviour (according to me) is to sit very very still and very very quietly. If people could actually go and see a film and die during the trailers then that would be pretty much perfect for me. So therefore seeing the highest grossing movie of all time in Chichester wasn’t going to be acceptable, in fact there would have been a murdering going on (by me, when someone created 10db of noise 5 rows away from me by eating a stale piece of popcorn).

So I went to see it in 3D in the IMAX London and boy was it worth it.  I fell in urrr, “like” with Neytiri after about 15seconds and think that painting yourself blue and wearing a dish cloth is a great idea to get noticed. Such a shame it didn’t have an awesome soundtrack by someone like Clint Mansell though.

However, the highlight of my trip to London (apart from eating the best beef in suet pudding pie in Roast) was going for a fantastic walk through the London that all of us know is there but none of us can find.

To do this… I booked a two hour trip with London Walks. The have an amazing range of walks, from Eccentric to Hidden to Jack the Ripper to Beachcoming (this one involves you meeting at low tide and search for ancient artifacts with an expert guide!). I went along on the Eccentric London walk and within 5minutes of meeting the guide (Peter) I had more brilliant information stuffed into my brain than I could ever know what to do with. It seemed like he could look at every single building and tell us (there were 20 of us) something unique and interesting. Here are some highlights…

Sigh, that list is really disappointing as there were HUNDREDS of amazing, interesting facts during the two hour walk. I spent the rest of the day looking up at the buildings wondering what stories they held. Next time you visit London make sure you go with London Walks, I promise that it’s even nearly as good as the Apple store. Nearly.