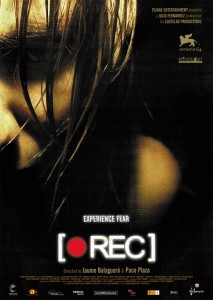 It’s not looking good for my pants is it?

Anyway, holy hell! It was truly horrible. About 10minutes into the film when things first started to go bad I immediately had the horrible sensation that I wasn’t alone in the room. Of course I was, it’s just a film. But I had to press pause and have a look around to make sure. Unfortunately my living room has a sort of balcony thingie and the cats like going up there and making noises… so there was no way I could relax…. so I decided to give up and watch the film when I wasn’t alone.

That lasted about 10minutes till I had to just press play again and see if it got worse.

About 14 seconds after that I was up from my seat turning all the lights on and taking deep breaths. It didn’t work though, by then I was far too scared to watch any more.

This went on for the next 30 minutes as I kept watching more of the film in 5minute segments, aieee even now writing about it I can feel the hairs on the back of my neck going up. Yes I stupidly watched even more of it on my own till I could take no more. Going to bed wasn’t my finest hour I have to admit. Scampering along turning lights ON as I passed them was the order of the day. Yes I know I’m officially a wuss!

So, the film is about a TV presenter and her camera man who are spending the night with a fire crew. It’s all very mundane until they get called to a house where there are reports of someone being hurt… As soon as they get in there things go wrong and they can’t get out and there is blood and screaming and oh god what’s that aieieeieie oh it’s just the cat panic panic panic. I can’t give too much away but it’s just like Blair Witch Project

(which I also loved), not very professionally made and sometimes a little badly acted but it’s very well paced and keeps upping the pressure until the inevitable finale. Urghh, it was horrible – I loved it!

This video showing audience reactions pretty much says it all…