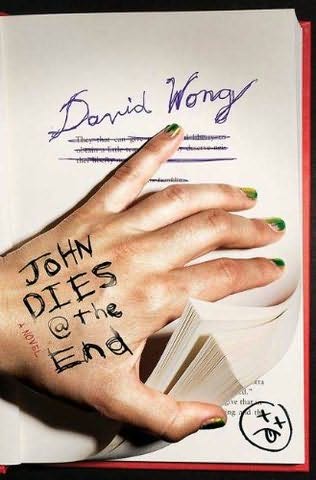 With a title like John Dies at the End

, how could I not want to read this story? (note that the authors next book is called “This book is full of spiders. Seriously, Dude, don’t touch it”!). The story lives up to the title as well, a completely whacky comic horror story with an excellent mix of scary, hideous, hilarious and even touching moments.

Set in an American town labelled “Undisclosed” the story follows two guys, David and John, who meet a freaky guy at a party and end up taking a mind altering substance labeled Soy Sauce which can allow them to basically comprehend the entire unfiltered universe. One of the moments on the soy sauce was my favourite in the book and gives a great flavour of the writing style…

“I said to John, ‘You know that if you walked around the world, your hat would travel thirty-one feet farther than your shoes?’.   John said, ‘I dunno, Dave, but before we make a bomb I have to shave half the dog'”

See! Anyway, the two guys somehow find a link between a parallel universe full of evil and unwillingly begin an adventure to save the world. It’s a really fun story and I’m hoping it’s going to make a great film – especially the monster that is made up of joints of meat to resemble a man, ewww.