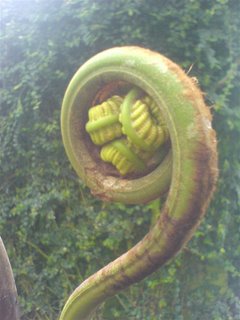 Went to Kew Gardens today, first time ever… which I kind of guess is odd as I ain’t a spring chicken. However I am male and under the age of 418 (unlike most people there) so I suppose it’s not that surprising really!

It was very good though… for one simple reason. When I’m rich (which I must say madam, is taking a veryyyy long time hehe) I want to own a house with a hooge victorian greenhouse/conservatory thing. Five perfect reasons why… 1) In Resident Evil, there was a gorgeous one and for some reason that’s stuck in my head. 2) In the great book “The Go-Between” there is a sex scene behind one of these buildings that was very graphic for its time and that’s stuck in my head as well. 3) They smell gorgeousss. 4) They’re always lovely and warm. 5) Great architecture! I was going to post a picture of one of the buildings (especially the Palm House) at Kew, but you can find them anywhere you like. So instead a nice, but poorly taken (fricking cameraphone! will Sony damned well hurry up and release the DSC-T30!)) photo of a palm frond. I like palms. And the word ‘frond’ is great!