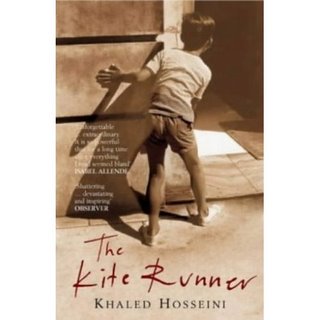 It starts off, really sad. But by the end you realise the beginning of the book was kind of a high-point of happiness, jollity and bounciness compared to the terrible disasters that befall the characters in the rest of the story.

Was it good though? Yeh! A little trite at times where the author spells surprises out to you that you already knew, but overall a very rewarding and interesting read. Poor Afghanistan!

The story charts 20 years of two boys growing up in Afghanistan in the 70’s. The story of the traditional kite flying games provides the background for the disaster and betrayel they went through all the way to the sort-of atonement and forgiveness the main character achieves at the end. I say sort-of though because so much was lost.